Stepping off a ship in the port of Callao in 1910, a British immigrant couple called the Lindleys were starting a new life in the Americas. Little did they know that they’d become an integral part of Peru’s national identity and create one of the greatest modern Peruvian icons. The young couple established themselves in the historic working-class district of Rímac and got off to a great start. Their small up-start bottling business had taken off and their soft drinks were enjoyed by locals. They had since started a family and integrated well into their new homeland, growing increasing patriotic. In 1935 when Lima was celebrating its 400th anniversary, the Lindley family decided to release a new drink that was decidedly Peruvian – they named it Inca Kola and based its flavor on a local herb Hierba Luisa, already enjoyed as an infusion. This new sugary and lightly carbonated Hierba Luisa based drink was quickly accepted. In fact, it quickly became a hit and consumption spread across most of Lima. Ageing Don Isaac Lindley, head of the family, would manage his increasingly large bottling facility while son Johnny would drive the delivery truck from Callao to Barranco, delivering new stock to restaurants and local shops, as well as trying to secure deals with new customers. Johnny, now aged 80 years old, remembers: “As a 5 year old [the same year that Inca Kola was invented] my father would take me outside to count the load on the truck. My childhood obsession was to drive those trucks, that’s what I wanted to do, deliver. I began delivering Inca Kola as soon as I left school. At 18 years old I drove across Surquillo, Barranco, also to La Punta. There was a lot of competition to secure new clients, and I had to sell.” It had only been a couple of years since Johnny got involved in the family business when his father Isaac invested all his savings in the expansion of his bottling shop – which was now turning into a bottling plant. Their business was now entirely focused on this unique yellow drink that was quite unlike anything else – and the business was doing well. Early sales techniques were cunning and ingenious in their simplicity. “We’d go to all the restaurants, we were about 12 people, and we’d always order the best and most expensive dishes. We’d then order Inca Kola to accompany them, and if they didn’t stock it, we’d cancel our order and leave. The next day one of our sales people would show up and offer them the drink, and of course, they’d buy it”, Johnny explains with a grin. “We did it often, it was the only way to increase the demand at the start… the waiters just loved us”. “There is only one Inca Kola and it’s like no other“. “The flavor of Peru“. These phrases, in Spanish, are essentially the reason why only one of the just two territories in the world don’t have Coca Cola as the #1 selling soft drink. A study of Inca Kola’s history is study of how to market a product correctly. Johnny’s parents eventually parted this world and Johnny took the reins of the family businesses. By the 1970s Inca Kola controlled 38% of the country’s soft drinks market. It was the sweetness of the drink that started Inca Kola down the road to success (Peruvians have an incredible sweet-tooth), but it took more than that to compete with larger, wealthier and older drinks such as the already popular Coca Cola. Coca Cola had already been forced to change its secret recipe for Peru, increasing its sweetness to better suit the local palette, one of just three countries world-wide where they had to do this. To compete and eventually leave Peru’s exceptionally sweet Coca Cola trailing in the dust, the Lindley Corporation tapped into Peruvians stubborn nationalism. The Peruvian name and the Peruvian ingredients were accompanied with marketing promoting Inca Kola as “Peru’s Drink”, the “National Flavor”. Coca Cola became the foreign competitor and Peruvians chose to buy Peruvian. http://enperublog.com/ 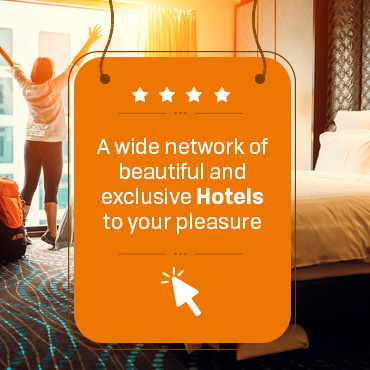